LONDON, Jan 3, CMC – West Indies have slipped to fifth in the ICC Twenty20 rankings, following their 2-0 defeat to New Zealand in the three-match series which ended on Wednesday.

The reigning World champions slumped to a 119-run defeat at Bay Oval in Mount Maunganui to end a wretched series where they failed to win any of the internationals across the Tests and one-dayers.

West Indies began the series fourth but lost five points to sit on 115 points, and are now below fourth-placed England who they beat in the final of the Twenty20 World Cup in 2016.

The Windies went down by 47 runs in the opening match in Nelson while the second game was rained off after only nine overs in Mount Maunganui.

Since capturing the T20 World Cup, the Windies have now lost nine of their last 17 outings, including every full series against a higher-ranked nation.

New Zealand, meanwhile, have overtaken Pakistan as the top-ranked side in the format, following their series triumph.

They gained six points to move to 126 points, now two clear of the second placed Pakistanis, with India third on 120 points.

South Africa are sixth on 112 points, Australia lie seventh on 111 while Sri Lanka are eighth on 88 but only two points ahead of minnows Afghanistan in ninth. 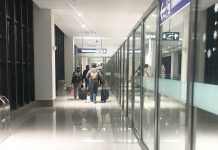 The Ashes: A Battle for National Pride