On August 3, 2022, 30 year old Mandeep Kaur of Richmond Hill, tragically committed suicide after experiencing years of violence at the hands of her husband. Kaur’s death has shaken many, and resulted in our broader South Asian and Indo-Caribbean community mourning and outraged.

A video of a tear-stricken Kaur bidding farewell to her parents and apologizing to her father for what was to come went viral on social media. Spoken in her native language of Punjabi, Kaur’s video was several minutes long. In it, she detailed that she could no longer take it anymore. She said (translated from Punjabi), “I am really very sad. It has been eight years. I have tried my best. I was beaten up every day. I have been suffering from him and his beatings, thinking that he will improve someday. But no, he beat me up for eight years. He had extra-marital affairs. We lived there (in India) for the first two and a half years and it was hell.” She continued, “Then we came here. He would get drunk and beat me up. Sometimes he would beat me even without being drunk. He would beat me and, on top of that, be with other women. I tried to put up with it for my children.”

A previously recorded video released by The Kaur Movement, shows in gut-wrenching detail, Kaur being physically abused and suffocated by her husband, with her two daughters – four and six years old – in the background, at least one who was crying.

Reports indicate that Kaur’s husband and his parents blamed her for not producing a male child. Some questioned why Kaur decided to commit suicide in a country where so many resources could have been available to her. This type of logic in of itself qualifies as victim-blaming, which we as a society must steer away from doing. No one can presume to know what Kaur was feeling when she made the decision she did. For some, suicide isn’t an option but feels like the only way out when life is worse than death itself. Kaur was isolated. Her closest relatives lived in India. Like many victims of abuse, Kaur, whose friends remember her as “sweet and soft-spoken,” had few options and outlets. She was being tormented.

Every time a sister is taken due to gender based violence in Richmond Hill, members of our community are rattled. Sadly, this is not a new phenomenon. Over the last several years, Richmond Hill and surrounding Queens neighborhoods bore witness to the murders of Guitree Hardat, Rajwantie Baldeo, Stacy Singh and Donna (Rehanna) Dojoy at the hands of their partners and former partners. These women spanned multiple generations yet their tragic stories all came to a halt by men who once purported to love them.

In the United States, one in every four women will experience gender-based violence. Statistics are even higher for South Asian women. “For the South-Asian diaspora in the United States, the statistic is two in every five women,” said Kavita Mehra, executive director of Sakhi for South Asian Women. Here at home in South Richmond Hill, our neighborhood is composed of mainly South Asians, including Indo-Caribbeans who can date our history back to the Indian subcontinent. Indo-Caribbeans share the neighborhood with a large Punjabi community. Richmond Hill is both “ah Little Guyana” and Little Punjab. The issues we experience on a daily basis are shared across these identities, even though we may have a language barrier. That includes gender-based violence.

A few days after Kaur’s death, I was interviewed by a reporter from PIX11 news in my capacity as the founder and director of South Queens Women’s March. Mary Murphy, the reporter, asked me what it is about my culture that often results in domestic violence. My heart sank. I always try to find pride in my culture and tradition, yet I couldn’t disagree with Murphy. Many of my colleagues and friends who identify as South Asian or Indo-Caribbean choose not to date and marry within their race for reasons including the toxicities that many men in our community perpetuate. Why choose to marry someone who was raised to view women as subservient, who were taught that their wives should be obedient and treat them like God? It’s almost a free pass to abuse. Also, just because an individual may not physically abuse their partner doesn’t make their relationship healthy or safe. Repeated put-downs and verbal assaults, power and control exerted in decisions, whether they be economic, social, educational, or spiritual – those are all forms of abuse too. Additionally, when family members condone the behavior, when they tell survivors of abuse to keep putting up with it, whether because of marital vows, or because well, “How it guh look, gyal?”– that all perpetuates patriarchal culture too. Don’t we want to do better?
Abuse is so normalized in our culture that sometimes we don’t even recognize it for what it is. From the berating and snide remarks to the slapping, pinching, and pushing, oftentimes survivors are so accustomed to accept gender-based violence that they have a hard time identifying it. Societal pressures and familial shame can make the decision to leave one’s husband or seek help feel so far from reach. Often, survivors in our community grow into old age never knowing what true love feels like. That is heartbreaking.

Kaur’s death struck a specific type of chord. Perhaps it was the painstaking relatability of her final words, which many women experience yet suffer in silence. Perhaps it was the brutal visuals that many also experience behind closed doors. When do we realize once and for all that violence does not have to be our culture?

Over the years, I have written in this publication about so many women whose lives were lost to gender-based violence. I dream of a year when I no longer have to bring this type of news to you. Of a day when men who witness toxic behaviors or ideologies of their friends and relatives call them out, instead of laughing them off. Of a day when family members who notice that he’s had too much to drink and is becoming belligerent ensure he’s not going to take his intoxication out on his partner once he can hide behind four walls at home, yet also a day when alcohol isn’t used as an excuse for abuse – because it never is.

Of a day when women are celebrated for choosing the healthy way out – because who wants to raise children in such a harmful environment? Of a day when our faith leaders preach about true equity in the home and uplift the powerful women in Scripture instead of examples of wifely subservience. Of a day when in-laws rush to the side of survivors, instead of the defense of the abuser. Of a day when boys are raised to know that love is mutual respect too. This is all achievable. It rests with us. 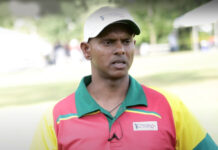 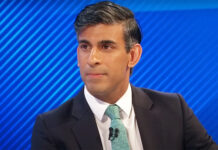 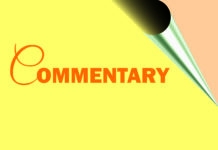 ‘Suicide is an Indo-Guyanese Problem:’ Myth or Reality!

American Airlines: ‘We’re Excited to Continue to Grow in Guyana’ 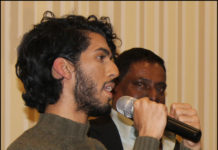 Cuba Gets Ready to Elect a New President