Wants the Country to Change the Existing Climate of Violence

PORT OF SPAIN, Trinidad – Retired jurist Paula-Mae Weekes was sworn in
Monday as Trinidad and Tobago’s first female head of state and called on
citizens not to allow her “to walk alone” as she sought a new light for the
country during her term in office.

Soon after she was sworn into office by Chief Justice Ivor Archie, the retired
former Court of Appeal judge said it “falls to each President to define his or her
own role” in the absence of a constitutional guidance.

Weekes, 59, also indicated that she wanted to be known as a “humble first
servant with a mandate to render service with enthusiasm” and was assuming
office aware of the ills facing the country.

She told the audience that included outgoing President Anthony Carmona,
Prime Minister Dr. Keith Rowley and Opposition Leader Kamla Persaud
Bissessar, at the open air ceremony at the Queen’s Park Savannah on the
outskirts of the capital, that she herself been witness to some of those ills
including the theft of her vehicles and having to wait long periods with family
members for health care.

In addition, she also made it clear that she was aware of the troubles being
experienced on the sea bridge between the Trinidad and Tobago.

But the sixth President of Trinidad and Tobago since the island attained its
Republican status in 1976, told the audience that she never allowed such
obstacles to prevent her from moving forward and as a result was counting on
the entire country to shine a light that would pave the way for a better future.

She said her destiny and that of the population was now “inexplicably linked”
and recall the fact “that many experts, real and armchair in positions high and
low beset us round with dismal stories.

“They tell us that Trinidad and Tobago is perilously close to the point of no
return. Crime, corruption, racism, dismal public services and an ineffective
judicial system among other problems…that all hope is lost. That we will soon
be, if we are not there already a failed state, however defined,” the new
President said.

But she said that the country could respond by adopting two choices including
one where “we can lament, blame, criticise and allow …despair to overwhelm
us or…we can consciously and intentionally choose the alternative.”

She said the country should not wish for, or just pray for the alternative “but
make up a hard mind to mobilise forces and resources to step out boldly and
make Trinidad and Tobago a better place and our children.

“None of us blind or foolish enough to deny that Trinidad and Tobago is going
through dark times,” she said, but urged citizens to accompany her on her
mission “to infect each and every one of you with a bright and positive spirit as
we try to turn our beloved nation into what it ought to have been and still can
be.”

She urged citizens to “confront the darkness and declare that it will not take
over. It is a tenant of most major religions that light triumphs over darkness.

“Light always serves a purpose, it directs ships to safe harbours, it illuminates
our path, it can lead the way. It purifies and exposes hidden dangers and
promote clear vision and if legend is to be believe it even repels vampires,
goblins…that try to daunt our spirit,” she said.

In her address, the staunch Anglican Church follower, said that undertaking
such a task would involve great sacrifices and the work of a patriot.

“Love for our twin island has to be planted, nurtured and buttress day after day
after day and the seed must be sown from childhood,” she told the audience
that also included her mother.

“I am always amazed at the way some of us behave as if the national anthem
is for our entertainment rather than an opportunity to express a fresh our
national identity. We don’t sing and at the end we applaud,” she said, urging
also the citizens to ensure they are aware of the song “God Bless our
Nation.”

She outlined three major tasks she said she hoped the entire country
achieves before she leaves office including a change in the communication
style among citizens.

“I ask those of you with a platform from which you disseminate your views to
find new and creative ways to inspire your audience, while reporting
responsibly and commenting civilly on the facts and in particular on social
media which is here to stay and has great value by giving a voice to those
who might otherwise remain voiceless.

“But reckless use of this and any other communication channel will defeat its
very purpose. Is it all possible to dial down the rhetoric while adding your two
cents worth to the discussions on any issue? She said, adding that she
wanted Trinidad and Tobago to change the existing climate of violence.

“It is embedded in every day talk, in common place interaction, in schools, in
marketplaces, in business places, in rum shops and worst of all in homes. I
ask you to be mindful in your use of language remembering that …hard words
turns up anger,” she added. – CMC 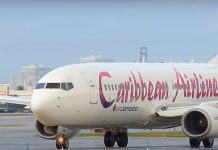 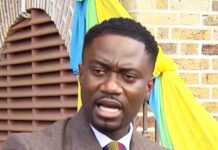 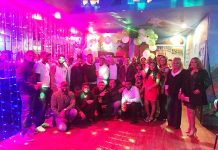 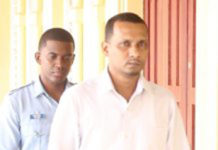 Friendship Man Gets 22 Years Jail for Drowning Wife in Bucket 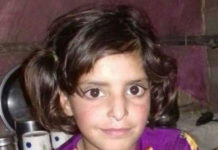 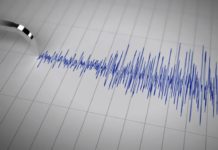 UNC Warns of Court Action if Voters are Forced to Wear...

‘No Street nor Community Will be Controlled by Criminals’: Police Commissioner...