PORT OF SPAIN, Trinidad, Aug 11, CMC – Six defeated candidates in Monday’s general elections have filed requests for a recount of the votes cast further delaying the official announcement of the elections by the Elections and Boundaries Commission (EBC).

On Monday night, Prime Minister Dr. Keith Rowley said that his ruling People’s National Movement (PNM) had been returned to office, winning 22 of the 41 seats in the Parliament.

“So far as the results are in…but it appears that we went in with 23 seats  and we would come out with 22, a majority is 21, thank you, thank you for that support,” he said.

But while the EBC has not made any official or preliminary statement on the election results, the leader of the main opposition United National Congress (UNC) Kamla Persad Bissessar has refused to concede the election.

“I have no intention to give any concessionary speech,” she said Monday night, adding that the recount would be requested “because the numbers are so close. Only then will we claim victory or concede. That’s the way forward for us”.

This is the second consecutive general election that attorney general Faris Al Rawi, who won the San Fernando seat has found that his victory is being challenged by the UNC.

The leader of the Progressive Democratic Patriots (PDP), Watson Duke has requested a reqount in the Tobago east seat he lost to the PNM’s Ayanna Webster-Roy.

The recount is due to begin 3.00 pm (local time) but EBC officials say they expect that given it is a “general” recount, the exercise could take a few days to be completed.

However, PNM campaign manager Rohan Sinanan, said that he is not perturbed at the requests for the recount and has viewed them as a delaying tactic.

“I would not take that recount so serious …because I mean I don’t know of any recount that has been successful maybe with a margin of perhaps 100. Some of these recounts they are calling for we probably won the seats in excess of 3,000 votes.

“I know what will happen in the recount, so I wouldn’t waste too much time on it. All the seats were won handsomely and I don’t want to get involved in the internal politics of other parties but what I think it is, it is to delay the inevitable,” he said.

Sinnan also repeated earlier statements made by the PNM that it would be challenging the seat won by the UNC’s Barry Padarath, whose Princes Town candidacy had been challenged on the grounds that he had signed the wrong documents on Nomination Day.

He said that the party has filed a legal challenge and was confident of being declared the winner of that seat.

The PNM is contending that the incumbent used the wrong documents when he was nominated.

Padarath used Form 38, used when an agent signs on the candidate’s behalf. The PNM has contended that he was supposed to use Form 37 which is used when the candidate is in the jurisdiction and is signing for himself.

But Persad Bissessar has brushed aside the PNM’s position, saying, “Bring it on, we have a lot of court clothes.

“That seat is a validly nominated candidate,” she said Monday, adding “we will deal with it after. But I have no problems with it.”

‘We Are Not Officially Conceding’

On her Facebook page on Tuesday, Kamla Persad-Bissessar posted the following message:

I know this morning you’re all feeling disillusioned and dejected but please know that all is not lost! The election results has given us one more seat, and shown tremendous overall gains throughout the country!

And most importantly, the battle was so close that we are not officially conceding until we get the results of the recounts we’ve demanded in three key marginal constituencies!
I will give you more information on this at a later date. But for now, I want to express my deepest, most heartfelt gratitude to ALL citizens of T&T for ensuring that in these unprecedented polls, called during a pandemic, you were disciplined and harmonious in your conduct.

I stand proud on the fact that our great UNC party fought a clean, effective campaign. For this, I wish to thank ALL members of my committed team—from our dynamic candidates, our devoted, hardworking foot soldiers, our former MPs, our councilors and every other person who assisted in any possible way.

Without them, we could have never made such a tremendous showing at the polls. I also congratulate ALL winners across the nation, and especially the young newcomers who put up such a great, effective battle against many very seasoned politicians!

Young Michelle Benjamin must especially be congratulated for her amazing victory, which brought the prized Moruga/Tableland marginal back into our precious fold by a tremendous margin, putting a sound whipping on a political veteran.

In Opposition, we, the UNC MPs and councilors, have served the people of T&T more than the Rowley regime in every possible way—despite them having access to our State resources. Rest assured that we will continue to do this without fail at every step of the way in this new Parliamentary term.

And to all our faithful, beloved supporters—old and new—who voted for us yesterday, I say—thank you very much! You have shown that you were keenly willing to vote for progressive, humane change in our country’s governance.

You have demonstrated a keen need to ensure that the welfare, livelihoods and very humanity of our citizens were returned to the corridors of power in T&T. You’ve battled for our nation’s very soul and survival, and for this you are true patriots!

Rest assured, therefore, that your efforts will never go in vain! I have said it before, and I will reinforce it now—we are the UNC! We are the party which, in various incarnations in our nation’s history, have always put up an enduring, fierce, consistent and devoted fight for our nation’s democratic freedoms and ideals to be preserved!

We are the ones who, in Opposition, fiercely resisted the dictatorship and destruction propagated by the ruling PNM! We are the ones who have ensured that today, our nation’s democracy remain standing against all odds and at every possible cost!

Now, more than ever, we MUST united and rally to ensure that we continue this sacred tradition! It is indeed our duty to our children’s future and nation’s continued survival as a whole! So do not be dismayed; do not be defeated! Instead, rest and regroup to fight another day!

With enduring faith in God and each other, we will get through this difficult period, and sooner, rather than later, I ASSURE YOU, the sun will rise again!
May the Good Lord bless and keep us all, always. 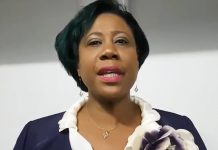 We Will Not Allow the UN to Convert us into a...