The electoral list system is when parliamentary members are chosen as a whole from an election. People don’t vote directly for a candidate but for a list of candidates. Guyana has the list system. America does not have the list system but what is called first past the post system.

There are negative as well as positive aspects of the list system. And there are varied nuances of the list system that has been used effectively in several countries (in Asia, Africa, and Europe); some of them have similar ethnic problems as Guyana’s. Some countries allow for cross voting of candidate in different lists in voters’ parliamentary preference.

Almost every country in Europe uses some aspects of the list system which is PR (proportional representation). Overall, the list system has worked well virtually in all countries where used. Admittedly, it has not worked well in Guyana because politicians tinkered with it post independence undermining its intent and effectiveness. The first past the post system (FTPT) of Trinidad, Barbados, UK, Canada, and India would not work well in Guyana; it would not resolve our strong ethnic polarization as it is a winner takes all system. A government of all elected reps may be ideal as every voter would be given representation. Perhaps a combination of a PR and FPTP would be most effective.

The major reasons for the list system flaws or for its ineffectiveness are electoral riggings and authoritarianism and or the tendency of party heads to abuse it to deal with internal opponents, casting them aside.

The PR list system was adopted in Guyana to get rid of the PPP government in 1964. The list allowed for an accurate numerical representation of the voter support of a party – the percentage of votes received is relatively equal to its representation in parliament. As devised by the Europeans and Americans for Guyana, it was based on a numerical order of preference of a party in its choice of representation in parliament before the election. Once chosen, the MP could not be removed unless he resigned and he could cross the floor as indeed happened in Guyana. It is/was expected that the order of preference for parliamentary representation would be based on the most popular (those who would attract the most votes and or be the most effective representative or hold a ministerial portfolio) to the least popular candidate. The system was tinkered with sometime during the 1980s changing it from numerical order of preference to random selection of MPs by the head of the list (read party leader). A chosen MP could still not be replaced without resignation. Then the list system was tinkered with again in 2007 allowing for a party leader to replace a MP at any time. The latter two tinkering rendered the system undemocratic as it undermined the intent of voters.

The list system needs reform. In fact, the entire political system needs reform for some kind of governance in which all parties, with a minimum threshold of support, are part of a government as happened in Mandela’s South Africa. The list system should be retained because of its truly representative nature of support for a party. It is the system used by most countries in the world. Guyana needs to return to the original list system or reformed to allow voters to rank a party’s list of candidates by preference in their selection of MPs – first preference, second preference, third preference, etc. as used in Fiji and a few other countries. The elected MPs would retain their status till resignation or death forcing a party head to recognize and accept the popularity of the MP. It is a bit more complex and tedious in declaring winners than under the current system but it is far more democratic than one in which the party head selects MP based on personal whims and fancies. Such a list system would allow for a truer representation of the will of the electorate. In addition, popular candidates or MPs would have a greater say in governance and in policymaking or selection of a cabinet. Unpopular (and or corrupt) candidates would be weeded out of the system. And there have been several unpopular individuals who have become MPs and Ministers or held other appointments. The party head would be more circumspect and held accountable for actions. Popular political figures would not be belittled or excluded from parliament and government as has been happening since the period (between 1965 and 1992) of Burnhamite politics. 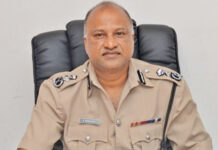 New Book on Walter Rodney 42 Years After his Assassination 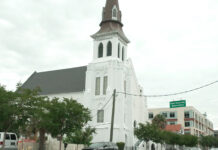 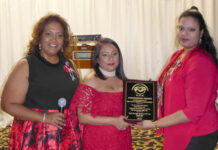 Crime: A Dynamic Problem and a Stagnant Government