GUYANA — Police in Guyana have arrested a 25-year-old man as they probe the murder of a supply chain manager at Guyana Goldfields.

According to News Source, Neil Whyte, 42, a Canadian citizen, was found late last night stabbed and slashed to death on the bed of his Thomas Street, Georgetown apartment. He was completely naked and his hands were tied with his mouth gagged. His laptop, cash, gold and other personal valuables are reportedly missing.

The suspect, Arif Alli, was arrested Tuesday morning at his West Canje, Berbice home, according to reports in other sections of the media.

News Source said, according to reports, earlier in the night, Whyte left the apartment and returned in the company of the 25-year-old man. A few hours after, the young man was seen emerging from the apartment complex with a black haversack and told security that he would be returning a bit later.

However, according to one news report, the suspect reportedly walked to the junction of Thomas and Middle Street, where he joined a car that drove away.

The security guard went to Whyte’s apartment to check on him, as is part of the protocol at the building when visitors leave. It was then that the gruesome discovery was made. The security immediately called in the Police and an investigation was launched.

The name of the suspect was reportedly provided to the Police by the security and a description was also provided.

The investigation is continuing. 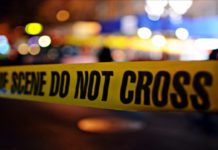 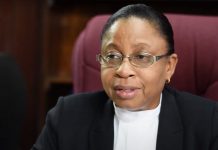 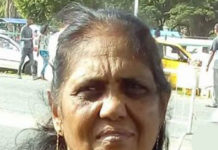 “Everyone Wins When the Nation is United”