PROFILE OF THE MONTH
By Dr. Dhanpaul Narine

The year 2019 saw the advent of youth into local politics. They threw their hats in the ring, worked hard, and came out on top. One such person is Khaleel Anderson who won an Assembly Seat in District 31, in New York. What is remarkable is that Khaleel is only 24 years old and has a lifetime ahead in politics.

Khaleel is from the Far Rockaway area. He attended school there and saw at first-hand what was needed to improve the area. It needed better schools, transportation, more employment, affordable housing, and criminal justice reform, among others. The District has a sixteen percent unemployment rate and it is an uphill battle to provide jobs.

According to the NYC Department of City Planning, people in Rockaways are paying more than thirty percent of their incomes in rent. Khaleel wanted to bring about change. He decided to become active and to advocate for the community. Khaleel’s passion for community organizing was shaped by his parents. His mother, Ronique, worked for the Association of Community Organizations for Reform Now (ACORN). This organization aims to lessen the burden of high rents, to increase voter registration, provide health care, and to inform the community of its rights.

Khaleel’s dad, Ansu S. Bility, migrated to the United States from Liberia. He was an organizer for the National Health Care Workers Union 1199.This gave Khaleel valuable insights into the workings of the Union and how it made representations on behalf of the people. The appointment of Assembly Member Michele Titus, as a civil court judge, opened the way for Khaleel to run for political office. While he was contemplating the steps forward, Khaleel showed he had the academic mettle to reinforce his political ambitions. He graduated from Queens College, CUNY, with a Master’s Degree in Urban Affairs.

The election saw a crowded field. The polling was postponed by the outbreak of Covid-19. Khaleel decided to run in the primary in June 2020. He was a well-known name in the Rockaways. He served on the community board and worked to get the MTA to extend the Q52 rapid-line to serve low-income communities in the Ocean Bay Apartments. Khaleel knew that he had to work extra hard to convince the voters. He made a brilliant move by recruiting two persons to the campaign that would prove to be pivotal in advancing his cause.

Tanagra Bledman and Mone’t Schultz spent many hours to get the message out and to include various sections of the community in the campaign. Tanagra and Mone’t are Guyanese. According to Tanagra, “over the course of knowing Assemblyman-elect Khaleel Anderson, he has been a bold and courageous leader. Khaleel is a person of many parts and interests: he is a student activist, community advocate, friend, son, and a person that is concerned about the welfare of the community. Mr. Anderson proved to be the epitome of compassion and intellect as a community leader. The outpouring of support from the community is a testament to his work.’ Tanagra also pointed out that during the campaign the community cried out for effective leadership to stand against racial, social, and economic injustice. Assemblyman-elect Anderson answered the call. She adds, “He is a bright and promising young leader that will unify and fight for the people. I support him, and his tireless work for the community and his focus on the injustices that affect us all.”

The race was close but Khaleel Anderson emerged as the winner beating his closest rival, Richard David, by over 900 votes. One of the first things that Khaleel did was to reach out to the community in South Queens, thanks to community leader Latchman Budhai, who arranged the meeting. The Assemblyman met a number of Indo-Caribbean leaders and invited them to air their concerns. He plans to be active and engaged and to craft legislation that would benefit a diverse area. A number of issues were raised at the meeting. Members of the business community pointed out that they are finding it hard to pay their bills since Covid-19.

The federal relief that was given is inadequate and they are falling behind in payments. Those that own and rent properties are hit the hardest; if one does not collect rents that person cannot meet mortgage payments. One person suggested that there should be a landlord forum. The need to be counted in the Census was reinforced. The overspill of garbage in Liberty Avenue was mentioned. A member of Masjid-al-Abidin welcomed Khaleel and promised to work with him. A restaurant owner wanted his hours extended and his concern was placed for action. What about the holiday for Diwali? Khaleel said that he fully supports a school holiday for Diwali. There was a call for after-school programs for the children. One essential worker on Liberty Avenue complained of the noise and garbage from the open tents on the Avenue, where alcohol is served.

In an exclusive interview with ‘The West Indian’, Khaleel said that he ran to give leadership to his community. How did he feel when he did not get the endorsement of the party machine? Khaleel pointed out that the most important thing was to have the people behind him. He said that, ‘anybody can endorse but you have to build important bridges of trust and relationships.’ What was the secret of his victory? Khaleel said without hesitation, ‘Young people. Our campaign was surrounded by a lot of dynamic young people, from all age groups. Our campaign theme was a new fight together. My message to the Indo-Caribbean community is that I want to be inclusive. Put us to work.’ (Khaleel Anderson won 88 per cent of the votes in the November 2020 general elections, and he will be going to Albany to represent District 31). 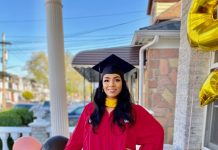 Annessa Lall: Graduate With a Master’s Degree in Homeland Security 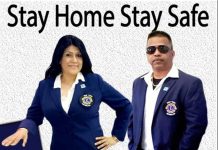 Heman Somai and Patricia Raghunandan: Working for the Community! 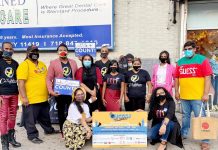 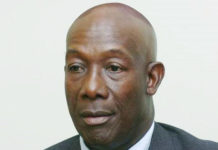 PM Urges His Team to Step up to the Plate 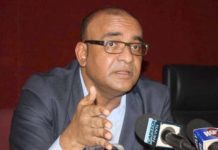 Dr. Rupert Roopnaraine: Why I Had Resigned from the Gov’t

Pratap Pawar: The Prince of Kathak!