The rape and murder of any child should result in outrage from all people, regardless of the religion they practice or the political party they affiliate with.

Several months ago, an 8-year-old girl from a Muslim community in the disputed state of Jammu and Kashmir was raped and murdered. Asifa was abducted in January and held captive for a week in a Hindu temple, where she was starved, sedated and gang-raped repeatedly before she was bludgeoned to death. Her body was later thrown into the forest. Asifa’s parents could not even bury her near their home. Instead, they fled out of fear.

In the weeks that followed Asifa’s death, there was hardly a peep about the atrocity by local press in India. It wasn’t until last week that a major Indian newspaper revealed the heart wrenching details, which included the fact that one of the accused, a police officer, asked co-conspirators to wait until they killed Asifa, so he could have a chance to rape her once more. Bollywood celebrities posted their outrage and shame on social media. Huge protests erupted both to denounce the heinous crime and in defense of the accused.

Asifa’s death wasn’t random. It was an orchestrated crime to intimidate religious minorities in India, a country oft-lauded the world’s largest democracy.

According to police, the modus operandi of those who raped and killed Asifa was to terrorize the Muslim shepherd community she belonged to, a nomadic people who roamed with their sheep and horses through the pastures and plains of Hindu-majority Jammu. The eight men who have since been arrested for the crime, were hoping to terrify the Muslim shepherds to the point of driving them off the land. Make no mistake however: religion was used as an excuse for pure evil.

The men who raped and killed Asifa may claim they did so to protect their land or promote their religion. The fact that there is even an attempt to justify their depravity should leave us questioning what humanity is left in the world. There no absolutely no excuse for such brutality, especially against a young innocent child. Hinduism in fact teaches devotees, “Vasudaivam Kutumbakam,” namely that the world is one family. If the rapists and murderers of Asifa truly epitomized the goodness of Hinduism, they would have viewed Asifa as they would their own child. Instead, they heartlessly silenced her forever with barbaric violence.

Asifa’s story is one of many that are occurring due to communal violence and religious tensions in India. “We want to call out the complicity and hypocrisy of our political and religious leaders. We feel it was important for us, Sadhana, to take the lead in organizing this effort because so many Hindu and BJP-affiliated men are involved in these atrocities, both as perpetrators of these horrific rapes or as supporters of the rapists. We are horrified that one victim was tied up, gang raped, and ultimately killed inside a Hindu temple,” said Sadhana co-founder Sunita Viswanath at a rally on Monday evening to stand in solidarity with all of the young girls who were brutalized in India over the past few weeks.

Neetranie Mohanlall held up a sign that said, “You can’t commit an act of violence in the name of a religion of peace.” Her daughter Davanie Singhroy, a board member of Sadhana, said: “This has nothing to do with the goodness of God and everything to do with the evil capabilities of man. You may disagree and pull one misinterpreted obscure line from one of thousands of scriptures – to that I say, Scriptures are written by man and even religion was created by man.” Davanie, who battles with Ehlers-Danlos syndrome, continued by saying, “At age 23, I have known what it’s like to be on my deathbed and felt the grace of the goddess who has kept me alive. She who brings such ecstasy could never cause such sorrow. Hinduism preaches ahimsa – nonviolence towards all – even that we must see God in all of her creation. Not just Hindus, not just Indians. Dear brothers and sisters, open your eyes. These Hindutva crooks only call themselves Hindu to deceive you. They do not care about you, about Hinduism, or about anyone else other than themselves. They care only for power and money.” Briana Persaud of the Shaanti Bhavan Mandir, chanted a mantra dedicated to Maa Durga, “Shakti, the embodiment of strength and courage.”

Sakshi Shrivastava, one of the lead organizers of the rally said, “Patriarchy is a problem in South Asia. Patriarchy combined with religion is leading to this deadly terrorism that is state-sponsored. We have to be vigilant and we have to come together.”

Vagisha Agarwal, another lead organizer, asked pointedly, “What can we do to be more proactive? Why is there such a repulse against sex education?”
Pratima Doobay of Bhavanee Maa Mandir, apologized for those who are misusing Hinduism as a means of fighting war. “I am ashamed of my ancient motherland… The same gender-based crimes happen in Guyana, Trinidad, and even in the United States… I am sorry and I come to you with love not only as a Hindu, but as a woman. Speak up! The patriarchy has to end someday,” Pratima said. Sonya Abadali of Jahajee Sisters honored Indo-Caribbbean women who died at the hands of gender based violence including Guiatree Hardat, Rajwantie Baldeo, Natasha Ramen and most recently, Stacy Singh.

Reverend Peter Heltzel of the Micah Institute led a moment of silence and underscored the importance of male faith leaders condemning sexual violence against women and girls, which he rightly said is usually perpetrated by men. “Let us remember that we all came from a woman,” he said. Jonathan Soto of Union Theological Seminary called out faith traditions that are historically oppressive and named toxic masculinity, misogyny and patriarchy as things that need to end. Soto’s solution is to encourage young people to serve in positions of leadership in their faith communities. Sarah Sayeed who works closely with NYC Mayor Bill de Blasio and spoke in her personal capacity as a woman, a Muslim American and someone who was born in India, said that women and girls in India have been dealing with sexual assault and a government who for years, not just under Prime Minister Modi, has not taken the action it must take.

Daisy Khan of the Women’s Islamic Initiative for Spirituality and Equality said: “What was Atifa’s crime? Why did you kill her? The land where I once roamed free as a child has been stained with blood. My heart breaks by watching people mar their religion by using their sacred space to commit and cover up their most heinous crime. My heart is breaking to watch our religions being used as a weapon to incite fear and hatred instead of connecting people to God. My heart is breaking as I watch brother being pitted against brother, and sister against sister, and Hindus against Muslims. We seek justice for Asifa, because she is not a Muslim victim, she is a symbol for all that is wrong, a system that has failed her, a system that has failed women and girls every day.” 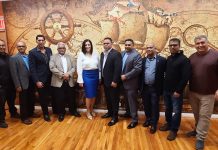 How to Compare Auto Insurance Quotes 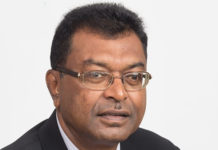 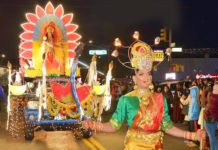 Lionism in Richmond Hill-South Ozone Park and Beyond