Mr Gordon is a Jamaican national but stands truly as a son of the Caribbean. The appointment of Mr. Gordon forms part of GPL’s plans to modernize, expand and improve electricity supply in support of the development of Guyana,” the power company said in a statement.

GPL said Mr. Gordon has over 30 years experience in planning, development and operation of electric, water and sewerage utilities. His experience began and developed at Jamaica Public Service Company Limited (JPS), Jamaica’s sole electricity provider. At JPS his work included generation and transmission system planning, economic and financial analysis of projects and development of Public Private Partnerships. Additionally, his work included assisting in the development of the energy policy and strategy for private sector participation in the power sector and negotiation of Build, Own and Operate (BOO) contracts in the electricity sector in Jamaica.

Following his 11 years of service at JPS, Mr. Gordon was invited to lend his expertise and support to the National Water Commission (NWC), Jamaica’s water and sewerage utility. At the NWC, Mr. Gordon’s served as the Vice President Corporate and Strategic Planning, Vice President, Project Administration and later as President of NWC.

His professional career continued to grow and expand. Following the completion of his contractual obligations with the NWC, he joined the Office of Utilities Regulation (OUR) serving as Director General. Under his tenure, OUR improved its efficiencies and quality practices, and attained ISO 9001:2008 certification for its Quality Management System (QMS). At the OUR, Mr. Gordon led the development of over 80 MW of renewable energy; 20 MW from solar and over 60 MW from wind, on a BOO basis. Additionally, under his tenure OUR successfully procured an additional 37 MW solar photovoltaic plant on a BOO basis. His experience in renewable energy will serve GPL well in the Company’s current pursuits of green energy, which forms part of Guyana’s National Development Strategy.

His theoretical and practical knowledge of Utilities will be of great value to GPL and Guyana. – (http://demerarawaves.com) 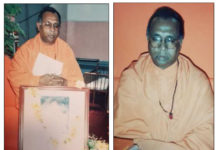 The Legacy of Swami Vidyanandaji Maharaj 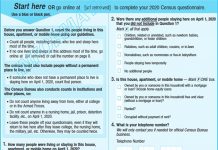