GEORGETOWN, Guyana – The Guyana Teachers Union (GTU) Tuesday said it was asking its membership to indicate whether or not it should accept the latest wage offer from the government following talks with President David Granger on Monday.

Following the discussions, President Granger told reporters that the two sides are now much closer to a resolution and that they have found “common ground” and working towards a favourable outcome. He said he expects an announcement will be made by Friday.

The GTU had been demanding a 40 per cent pay hike for 2016 and five per cent annually from 2017 to 2020. But the government said then it would cost the state four billion dollars (One Guyana dollar=US$0.004 cents) if it is to meet the GTU demands and instead offered GUY$700 million to cover across the board increases and GUY$200 million to cover debunching.

But the union said that during the talks on Monday, the government revised its offer and was now proposing a 10 per cent salary increase for 2016 with an eight per cent increase for this year.

In addition, the government is also making GUY$350 million available for debauching for the period 2011-2018.

In a posting on its Facebook page, the GUT said it was soliciting the views of the members “on this development” urging them to do so “no later than 10hrs on Wednesday 10th October 2018”.

On Monday, President Granger had indicated that it was important for the two sides to work to complete the process and sought to assure teachers, who had taken strike action at the start of the new academic term last month, that the government is concerned about the issues raised and is working to address them.

“I don’t want to call it an agreement but we have reached common ground and I think the people of Guyana could look forward to an amicable resolution within days. It is a forward-looking agreement,” he said.

Granger had called the meeting on Monday amid reports that the GTU had started mobilising members to embark on another strike, this time to press demands for the appointment of a mutually acceptable Chairman of the three-member Arbitration Panel.

The government had earlier announced that it had appointed United states-based Guyanese academic, Professor Dr. Leyland Lucas, to chair the arbitration panel into the wage dispute with teachers.

Minister within the Ministry of Social Protection, with responsibility for Labour, Keith Scott, described Lucas as “above board” and opined that he is the right person to settle the disagreement between the two parties.

“We have been able to choose somebody that will be acceptable to not only the two bodies, but to all of Guyana,” Scott said. – CMC 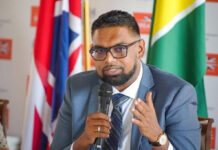 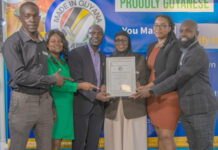 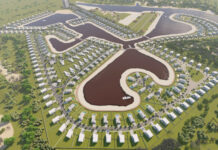 How Your Property is Valued for Your Homeowner’s Insurance. Are you...

No Reason, Evidence or Hearing Given Before UTT Fired Lecturers 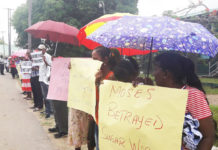