The 15 were chosen following Saturday’s “Calypso Fiesta” held at Skinner Park in the southern town of San Fernando.

Among the artistes making it to the final on Sunday at the Queen’s Park Savannah are former monarchs, Kurt Allen, Michael “Sugar Aloes” Osouna, Karene Asche and Sandra “Singing Sandra” Des Vignes-Millington.

Among those not making the final cut is Weston “Cro Cro” Rawlins, whose tune” Belated’ takes a jab at members of the Trinidad and Tobago government, for turning their backs on him, was a crowd pleaser. – CMC

Caribbean Nationals Freed from Prison in time for Christmas Holidays

CSOs Focus on Safety and Protection for in Panel Discussion Series

The Legacy of Swami Vidyanandaji Maharaj 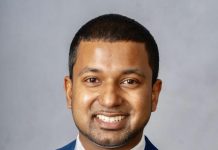 GOPIO Calls for Restoration of Democracy in Guyana