GEORGETOWN, GUYANA — Dynamic Airways, which has filed for bankruptcy, is cutting down on its operations to Guyana and is likely to pull out of the market completely, according to reports.

According to aviation.com, Dynamic International Airways has submitted a progress report in its Chapter 11 bankruptcy proceedings, in which it outlines its plans to trim back Guyana flights from five weekly flights to one weekly flight by October 7. After that, Dynamic may consider cutting the route altogether.

News Source online (Guyana), is reporting that the suspension could come as early as next week and could put a dent in the local travel market.

The news service reported local representative for Dynamic Airways, Captain Gerry Gouveia, as saying on Monday that the operations are likely to be suspended within days, but he intends to meet with officials of the U.S based company to get a clearer understanding of its longterm plans.

Travel agents have reported that late last week they noticed that all of the Dynamic Airways flights for the remainder of the year were cancelled out.

The airline has not informed agents as yet as to how it intends to transfer those passengers who would have already booked and paid for their flights, to other airlines.

Back in July, Dynamic announced that it had filed a voluntary Chapter 11 petition with the United States Bankruptcy Court.

At the time, the airline said it planned to continue “normal operations”.

According to a statement from the airline, its decision to file bankruptcy followed litigation matters resulting from Hajj flights that it operated in 2014 for Air India.

But just a month after that bankruptcy move, one of the airline’s top unsecured creditor moved to the US Courts to force the airline into liquidating its assets.

The creditor, PMC Aviation LLC of Greensboro, North Carolina, is owed US$1.19 million, which represents an arbitration judgment reached in April 2017.

This will not be the first time that Dynamic Airways will be suspending its Guyana operations. After a shaky start in 2014, the airline suspended its operations for four months, News Source online reported.

It returned and started to offer as many as five flights per week and that frequency climbed in the peak seasons. This latest suspension move comes at a time when the airline is operating five weekly flights and is enjoying a 90% load rate.

Captain Gerry Gouveia believes that the suspension could have a major impact on travel to Guyana during the upcoming Christmas peak season.

The other airlines which offer services to the United States from Guyana are Caribbean Airlines, Fly Jamaica, Suriname Airways and Copa Airlines. 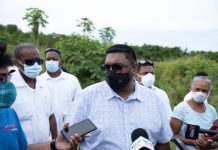 Caribbean Nationals Among 70 million to be Vaccinated as Part of... 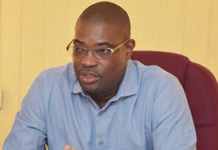 The Appointment of a GECOM Chairman: Constitutional Heresy 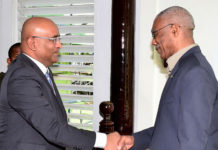 President Says He Will Meet With Opposition Leader ‘Soon’

Man Jumps to his Death off Pedestrian Overpass