NEW PLYMOUTH, New Zealand – West Indies Women lost a last-over thriller to New Zealand Women, as they slumped to another series defeat on their tour on Tuesday.

Chasing 134 at Pukekura Park, the Caribbean side found themselves requiring five runs from the final over but lost three wickets and managed just three runs, to come up short by one run and fall behind 0-3 in the five-match series.

They needed three runs off the final delivery but Merissa Aguilleira, who finished unbeaten on 38, could only scramble a leg bye.

The defeat was the sixth straight on tour for the Windies Women who also suffered a 3-0 whitewash in the preceding three-match One-Day International series, which was part of the ICC Women’s Championship.

Sent in earlier, the hosts were held to 134 for seven off their 20 overs, with captain Suzie Bates carrying her bat for an unbeaten 52 and opening partner Sophie Devine supporting with 41.

Together they posted 52 off 33 balls but it was Devine who dominated the stand, pummeling three fours an three sixes in an 18-ball cameo before missing a cross-batted heave at off-spinner Hayley Matthews and having her stumps rattled in the sixth over.

Bates then held the innings together as wickets tumbled regularly around her, finishing with five fours in a 53-ball stay at the crease.

Matthews was the best bowler with three for 24 while seamer Deandra Dottin claimed two for 23.

Presented with the ideal opportunity to clinch their first win of the tour, Windies Women lost three wickets cheaply to slump to 43 for three in the seventh over.

Captain Stafanie Taylor struck a pair of fours in 14 before perishing lbw in the fourth over, playing back after misjudging the length of one from off-spinner Leigh Kasperek (3-31).

In Kasperek’s next over, Chedean Nation was given out caught behind down the leg-side for eight, after losing her footing in attempting a sweep.

And Windies Women were in trouble when Matthews followed in the seventh over for 14, holing out to a juggling catch on the mid-wicket boundary by Maddy Green off leg-spinner Amelia Kerr.

However, Aguilleira then orchestrated two stands which appeared to put West Indies Women on course for the win.

She put on 30 for the fourth wicket with Dottin whose 24 required just 17 balls and included four boundaries, before adding a further 57 for the fifth wicket with Kycia Knight who struck 27.

Knight, who faced 21 balls and counted two fours, fell to the first delivery of the final over from off-break bowler Anna Peterson (2-25), slapping a short ball to Devine at cover.

Britney Cooper was kept scoreless from the next delivery but picked up a couple off the third before falling to the fourth, stumped down the leg-side.

Akeira Peters was run out of the penultimate delivery attempting a suicidal single in order to give Aguilleira the strike for the first time in the over, but by then the momentum was with the White Ferns. – CMC

Skeldon Sugar Estate Assets Sale is Cause for Concern: GAWU

Gary Griffith is Trinidad and Tobago’s Next Top Cop

Due Process Not Followed in University Firings in T&T

‘Crime is Not on the Increase,’ Says Police Commissioner 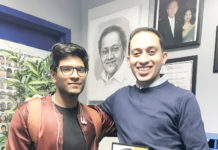 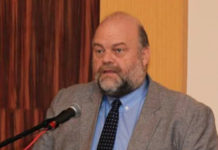 THE WEST INDIAN is a bi-weekly newspaper covering and serving the Caribbean diaspora. We are located at: 131-06 Liberty Avenue, Richmond Hill, NY 11419. We can be reached at 347-432-3465 or email: westindiannews@gmail.com

Hope, Taylor Named ‘Cricketers of the Year’ at CWI/WIPA Awards