This Tuesday, November 3, is “Voting Day” all over the USA for the President, Congress, statewide offices, Council and other Citywide or local offices.  Indo-Caribbean and other people are urged to vote.

In New York, polls open at 6:00 A.M and close at 9:00 P.M.  Voters can also cast their ballots early thru Sunday November 1 or in person on Tuesday. Absentee and mail in ballots must be sent in now or hand delivered on Tuesday.

In greater Richmond Hill, Jennifer Rajkumar, an Indian American, is seeking office to the State Assembly. Jennifer is a lawyer, Professor at CUNY and former New York State Government official.

Entering the political contest in Queens, she campaigned very hard.  She put together a young, dynamic team to help her in the elections. She had a battery of young volunteers knocking doors and canvassing for her in the District. She won the Democratic Primary last June defeating long time incumbent Mike Miller. Since March, Jennifer has been in and about in the community during the Pandemic crisis and has been in the forefront serving needed supplies to the community.

Jennifer has courted voters of all communities and nationalities in greater Richmond Hill, Woodhaven, Ozone, and other neighborhoods, reaching out to everyone. They owe a duty to back her on Tuesday in the general elections. Many prominent community leaders have endorsed her. She has promised to address the issues of paramount to their presence in New York.

Civic leader Ashook Ramsaran of Queens, President of Indian Diaspora Council International, said he has been very impressed with Jennifer, especially her academic credentials and commitment to the election race.  He said: “Jennifer is very articulate, educated, politically savvy. In addition, she has good connections with the Governor and Mayor’s office. She is a fresh new, young face in the political arena. She has motivated a following of young people that is good for the future of politics in the Indian American, Guyanese, and Indo-Caribbean communities”.

Rajkumar would make a excellent community advocate for important causes for the community.  Caribbean and Indian America people cannot afford to be left out of the election voting process. They constitute an important chunk of voters. They make up a small percentage of the electorate but they are enough to tip the balance in a close race, if they come out to vote. They must vote and make a wise choice on the candidate best positioned to further their interests not only in NY but in other states and districts as well.

Jennifer Rajkumar has been endorsed by media houses as well as the NY Governor and City Mayor. She is a very strong young man who will serve the community well in Albany. She is an extraordinary emerging politician who has all the qualities of outstanding leadership to take on the challenges facing the community, city, Boro of Queens, and NY state during this difficult period.

Jennifer’s victory on Tuesday is not guaranteed. So voters are urged to come out and cast their ballots for Jennifer Rajkumar on the Democratic line.

Go out and vote! 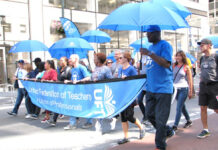 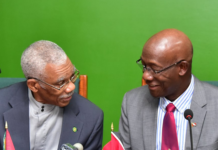 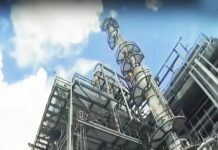 Union Says it is Moving to Meet Deadlines Regarding Acquisition of...