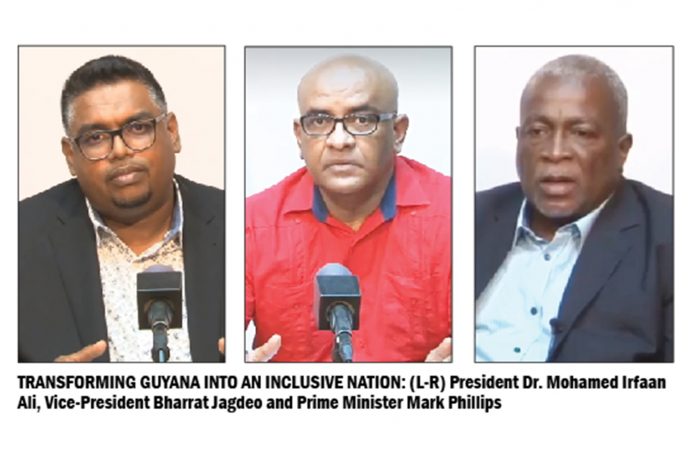 “As we move forward, I want all of us to understand that the commitment we are making must be like the one that Dr. Cheddi Jagan made to our country. That commitment must not be for one particular area, or one particular group, or region. The commitment must be national. It should integrate the aspirations of every single Guyanese, young, old, every ethnicity, every religion, every community and every region, and that is how the People’s Progressive Party operates.”

Dr. Mohamed Irfaan Ali articulated this vision for Guyana at the Enmore Martyr’s Day in 2019. He argued for inclusion, for a Guyana that treats all equally, regardless of race, religion, age or sexual orientation. In August 2020, in his inaugural speech, President Ali revisited those themes. He called for a one Guyana in which Guyanese have ownership in their country, and in which they can be proud citizens.

The 2020 elections are over. The new government has been in power for about five weeks. It feels much longer, but as President Ali said “the government has hit the ground running.”

As we reflect, the elections were a long emotional rollercoaster that took its toll on many. The wait, uncertainty, shifting positions, recounts, lawsuits, go-slow at GECOM, more lawsuits, the guarding of the ballot boxes, and eventual declaration, tested the patience of Guyanese. The elections generated interest around the world. It was a test of democracy and the institutions that uphold it. In the end democracy prevailed, and thanks to the maturity of Guyanese, the transition of power was smooth.

There are several lessons that have emerged from the elections. It cannot be business as usual, the politics of old. There has to be a new vision, a different approach to doing things that frees us from the prison of the past. The victory of the PPP/C has opened up a new chapter. The first is the way the Government will devise and implement policies to benefit all. Inclusion was at the center of President Ali’s inaugural speech. He informed Guyanese that he was concerned about the welfare of all, whether they voted for him or not. He will work hard to win the trust of those from the other parties.

President Ali assumed office in the midst of a pandemic. The numbers of infections are increasing and will do so as more tests are done. The Minister of Health, Dr. Frank Anthony, is a qualified doctor with a proven track record. He has increased testing and more ventilators are in Guyana. The education and information campaign is in full swing. But Guyanese have to treat the pandemic seriously by wearing masks, sanitize, and avoid crowded areas. The pictures on social media show that most Guyanese were not wearing masks at gatherings.

One of the controversial issues facing the government is the Exxon agreement. It is agreed by most Guyanese that the contract needs to be revisited. It appears that Exxon needs Guyana, more than Guyana needs it, and therefore it would be in Exxon’s interest to sit down with the new Government and renegotiate the agreement.

Fiscal prudence and transparency are at the top of the government’s agenda. President Ali points out that in 2015 the Coalition inherited a treasury that was buoyant. There were billions of dollars in it. The Coalition was able to give itself a hefty fifty percent increase within days of assuming office. In 2020, the PPP administration found a bankrupt treasury. The Forestry Department, for instance, did not have money to pay wages and overheads to its staff. The government had to transfer $350 million to take care of the wage bill, and the same applies to Guysuco, where the government had to find $600 million to cover the expenses there. An investigation at the The Ministry of Health has shown that ‘although resources were spent for drugs and medical supplies, no drugs were ordered since 2017.’ Where did the money go?

President Ali has promised to do a comprehensive report on every sector to bring Guyanese up to date on the state of the country finances. In the first sitting of Parliament, an emergency budget was presented to address the needs of the country. A full budget is planned for early next year. The long-term goal is to raise capital to achieve the programs of the government. There will be consultations with the private sector, and there are plans for the hotel industry, manufacturing and livestock, and the sugar belt. Housing has been singled out as an area that could provide “thousands of jobs very quickly.”

President Ali said that his government would build with the future in mind. He singled out the new Demerara Harbour Bridge. He said, ‘‘It has to be a four-lane bridge. We can have a public-private partnership and with different models to provide financial soundness. We are going ahead with the hydropower project, and we will develop a natural gas industry and solar energy for the interior. We have concretized these plans in our first month and you will see action on them within the next six months.”

In his augural address, President Ali said that his government would help families by providing relief due to Covid-19. How would it work? The President said that his government has set aside around $5 billion to help ordinary families. The monies will be raised in keeping with international best practices. There will be cash grants, direct transfer and household supplies. As far as sugar is concerned, President Ali says, “We are committed to keeping the sugar estates open. They will be kept, they will be sustained and we will find the model to keep them sustainable.”

The new PPP/Civic has shown that it is willing to listen to the needs of the people. President Ali took the lead by visiting Tiger Bay and he has promised to help the area. He plans to visit every community to meet the people and to listen to their concerns. He has taken relief in the form of food hampers to a number of communities, and soon, families will be able to get cash as well.

The convening of the Twelfth Parliament was historic. Mr. Manzoor Nadir was elected Speaker and Mr. Lenox Shuman, his Deputy. Mr. Nadir has a wealth of experience and Mr. Shuman’s election has brought increased recognition to Amerindians. The opposition is displeased. But what rationale was used to award nine seats to the AFC when that party has won only a few hundred votes?

It is over a month for the new government. There is a lot of work to do and the signs are healthy. President Ali has a good team. Vice-President Bharrat Jagdeo, Prime Minister Mark Phillips, Attorney General Anil Nandlall, and Parliamentary Minister Gail Teixeira, and others, have years of public service experience to steady the ship of state. The government has energy and vision. It wants to prove that it can perform in the interest of the nation. This new PPP/C is people-driven. It deserves the support of Guyanese, both at home and abroad. 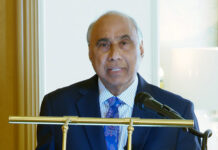 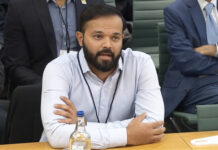 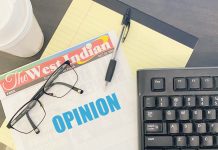 Board of New South Asian and Indo-Caribbean Bar Association of Queens...

Gov’t Extends ‘Open Arms of Friendship’ to all Political Parties

The Closure of the Sugar Industry and Its Consequences