“Given the president’s history on race, given the fact that he-a few months ago-said there were good people on both sides when neo-Nazis were marching in Charlottesville, yeah, I think we have a right to be suspect that he is treating the people in Puerto Rico in a different way than he has treated the people of Texas or Florida”
– Bernie Sanders, CNN’s “State of the Union” (10.1.17)

Being a minority automatically confers second class status in America. That’s why we have to continue our struggle to change the system. Without blinking, we must confront treachery and evil in America, and strike at the root of injustice, just like how we killed the bill to legalize racial profiling in NY State to make minorities official second class citizens by defeating the sponsor and taking him out of office a few years ago.

There are those who will sell us down the river, hypocrites who prefer to be house slaves rather than free men, choosing to curry favor with the bigots and oppressors. These opportunists put their narrow, selfish interests above the silent majority minority to protect and advance their interests at their brothers’ and sisters’ expenses and perils, despite the fact that these types of laws and actions put us back to the Jim Crow era, and eviscerate the civil rights and liberties previous generations fought so hard to forge.

The present Puerto Rican problem is a grim manifestation and reminder of how the cycle of deprivation becomes institutionalized, and how second class citizens are kept stagnant and oppressed within the so called framework of democracy and social, economic, political and judicial institutions. For example, minorities are the stock in trade for the mammoth prison industries traded on the stock market.

This year marks the 100th anniversary of George Washington’s decision to confer U.S. citizenship on the inhabitants of Puerto Rico. America seized this country from Spain during war, and it has remained a colony ever since.

Only 54 percent of Americans know or consider people born in Puerto Rico as fellow American citizens-equal to them. They are considered step children, despite their automatic US citizenship status, like other minorities in the USA. Consequently, a mere fraction approve of sending aid to them, despite their desperate plight wrought by two deadly hurricanes.

Despite having US citizenship status, Puerto Ricans have only one nonvoting representative in the Washington power structure, and have no say in presidential elections. Debates have raged over whether the island should maintain that status, push for statehood or seek independence.

The entire population of 3.4 million people have no regular electricity. An estimated 1.5 million are without access to clean drinking water. Countless residents are cut off by collapsed physical infrastructure and the failure of communications systems on the island. This shocking state of affairs is staggering and is due to Puerto Ricans being discriminated against although it consists of more American citizens than 21 individual states that are part of America!

The shameful reality is that Puerto Rico has been wrongly treated on account of its minority population. America has been more caring for outright strangers in their hour of need. While it is true that Puerto Rico is geographically distant from America, and “you can’t just drive your trucks there from other states” as President Trump said, the fact is that Puerto Rico is still treated like a colony of the US, instead of a part of it, thus making it a veritable second class nation.

The hurricanes only shone a light on the inequalities that exist within America itself-wherever it exists. Minorities within America can relate to the Puerto Rican crisis. Nelson Denis, author of “War Against All Puerto Ricans,” said it best when he wrote, “After one hundred years of citizenship, Puerto Ricans are prohibited from managing their own economy, negotiating their own trade relations, or setting their own consumer prices. Puerto Rico has been little more than a profit center for the United States: first as a naval coaling station, then as a sugar empire, a cheap labor supply, a tax haven, a captive market, and now as a municipal bond debtor and target for privatization. It is an island of beggars and billionaires: fought over by lawyers, bossed by absentee landlords, and clerked by politicians.”

President Trump will do well to heed the advice of former President Franklin D. Roosevelt, the only U.S. president to be elected four times, one who led the United States through the Great Depression and World War II. “People, like charity, begins at home.”

The views expressed in this column are solely those of the writer and do not
necessarily represent the views of the THE WEST INDIAN. 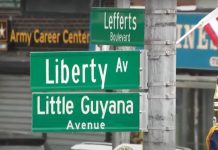 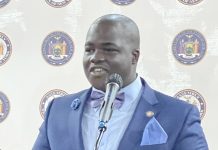 Guyanese, Trinidadian, Other Caribbean Nationals Among 91 Nabbed in ICE Operation... 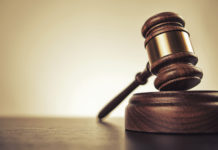 Mass Shooting Kills 17 at a Florida High School; Yet President...