“This is historic and very exciting to receive the unanimous support of the Democratic Party. Our neighbors are eager to elect someone we can trust, with new ideas and the experience needed to effectively represent the communities of Assembly District 31,” David said, adding, “I’m going to continue to work vigorously to earn the support of working-class families across this district.”

Governor Cuomo also declared a special election for April 28th which coincides with the Democratic Presidential Primary. This means David will have to run in the Special Election on April 28th and the Primary Election on June 23rd.

“I welcome the Governor’s announcement of a Special Election. With the JFK Redevelopment project underway and the Census, the Queens Bus Redesign, Medicaid spending and budgets cuts being discussed right now, we simply cannot afford to be voiceless in the Assembly, for almost a full year. This is the right decision for our district,” said David.

On February 3rd, David announced his campaign for the Assembly in a video to supporters recalling his upbringing as an undocumented dreamer, with no health insurance, living in illegal housing: https://youtu.be/xamIdSRI5bU

David has lived in Southeast Queens for 25 years and is a District Leader in Assembly District 31. He has spent over 10 years working at senior levels of government, and has been one of the youngest members of the community board for even longer. David co-founded a youth-led social justice organization to bring resources and information to residents, and to serve as an outlet for activism and community organizing. Most recently, David led the nonprofit desk at a private government relations firm and is also an adjunct history professor at York College.

From South Queens to the Caribbean: The US Failed Abortion Policy Puts all People Who Can Get Pregnant at Risk

For Graduate Sarah Ramnauth, Music is the Key to her Success 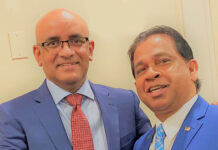 Albert Baldeo Wants to Give New York’s “Little Guyana, Little Punjab and Little Bangladesh” a Chance to be Represented in Gov’t

Blinded by their Pre-Occupation with Revenues

Sanctions Needed Against Abusers of Diplomats in Guyana

US Says Granger Gov’t Must Respect the Result of Democratic Elections... 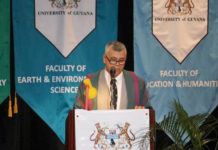 Presidents of the NYCDOC and NYPD Desi Societies Collaborate for Food...