Navratri, the Hindu fast period of nine nights of worshiping is being observed worldwide. In New York, temples are holding nightly discourses from the holy pages of Hindu scriptures. The pious period began on March 18 and will conclude on 26 with the celebration of Ram Naumi or the birth of Lord Rama. Temples are packed nightly for services on the occasion.

Navratri is the worshipping of the Goddess Durga and two other Goddesses Saraswati and Lakshmi. This is one of the most auspicious periods in the Hindu calendar and during this time the feminine aspects of God are worshipped. But it is important to note that in Hinduism, God is neither male nor female. Gods as well as Goddesses are worshipped and for every God there is a corresponding Goddess as his consort. So, Hindus do not discriminate between the genders. In fact, Lord Krishna is quoted in the Bhagavad Gita as saying that God is neither male nor female. “I am the father and mother”, suggesting that God transcends gender. Also, when Hindus pray, they always pay obeisance to their mother and father and at every pooja they aarti both parents and elderly males and females.

Hindus worship Durga because she is the collective manifestation of Brahma (creator), Vishnu (preserver), and Shiva (destroyer). Thus, when people worship Durga, they are worshipping the other manifestations of God. People worship for protection, education and prosperity and Goddesses Durga, Saraswati and Laxmi offer divine protection, knowledge and wealth as well as the removal of disease. Three nights each are spent on each of the Goddesses.

“Navratri” signals the beginning of a new season, the beginning of Spring season. People begin the seasons with new inspiration and new enthusiasm and are often confronted with challenges and illnesses. They pay obeisance to the universal mother for healthy life, prosperity and protection.

Navratri is an auspicious time to conduct poojas or to get married. So during navratri, it is traditional for Hindus to invite priests to conduct pujas in their homes or visit the temples where there is usually a nightly discourse from the Ramayana. Worshippers tend to fast for the entire period, avoiding meat, sex, fish, eggs and maintain cleanliness in the homes for almost two weeks.

During Navratri, devotees normally hold special prayers in the mornings and in the evenings to pay obeisance to the universal mother. It is the tradition among Indo-Caribbean Hindus during the mornings of these auspicious days to offer jaal or dhar which is a mixture of curd, milk, honey, sugar, neem, cloves, hardi, black and white tills, and other sweet spices. Then at prayer services, worshippers make offerings of prasadam, flowers, fruits, neem and bail leaves, other paraphernalia such as sandal paste, and chandan, and burn incenses (agarbati, gugul, cloves, camphor, Kasturi) at the feet of the universal mother and Lord Rama.

The poojas were accompanied by bhajan and kirtan singing. Following pooja, there was bhojan. 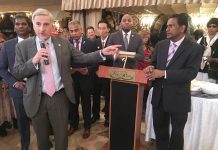 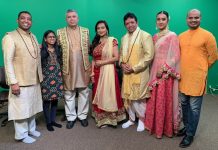 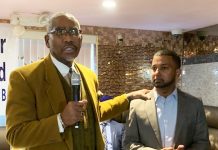 Jamaica Government Pleased With Tourist Arrivals So Far This Year 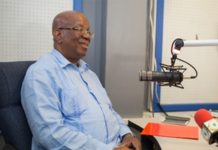 Problems of Governance in Guyana

THE WEST INDIAN is a bi-weekly newspaper covering and serving the Caribbean diaspora. We are located at: 131-06 Liberty Avenue, Richmond Hill, NY 11419. We can be reached at 347-432-3465 or email: westindiannews@gmail.com

In Loving Memory of Samantha Bishun