NASSAU, Bahamas – Bahamas police say they are conducting investigations into a fire at an area known as “The Mudd” on Sunday that destroyed several homes and leaving more than 100 people homeless.

Chief Superintendent Kevin Mortimer, the officer in charge of the Abaco district, said the blaze may have been deliberately started and that police and volunteers throughout Abaco responded and battled the fire for over three hours.

He confirmed that there was no loss of life and that a team from the Department of Social Services and other government and civic agencies was scene interviewing residents to determine how many homes were destroyed.

“We suspect it being lit by someone, but we are not certain as yet. We are conducting some inquires as time progresses,” he said, even as the police said they believe at least 60 homes in the shanty town area had been destroyed.

The parliamentary representative for Central and South Abaco, James Albury, said the police were questioning someone in relation to the fire that left at least 170 people homeless.

Albury said his focus will be on ensuring that no homes are rebuilt in The Mudd comprising three shanty town communities, Sand Banks, The Mud and Pigeon Peas, and have as many as 1,000 homes occupied mainly by Haitian migrants.

“I can tell you precisely that, in my capacity, this is exactly a case in point of what happens when you have structures built like this, very closely together, and not built up to any sort of proper code or standard,” he said.

In 2014, a similar incident prompted a government pledge to relocate more than 150 people who were displaced after a fire.

But Abaco radio personality Pastor Silbert Mills told the Nassau Guardian that Sunday’s blaze will not be the last.

“Every government prior to this has become paralyzed with the affairs of The Mudd,” he said, adding “they have issued orders that there would be no further building where those homes were previously destroyed, and within a matter of months, those areas are built back out and then some.”

Mills said it remains to be seen what the Minnis administration will do about the situation at The Mudd. – CMC 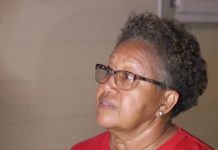 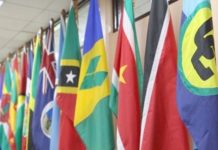 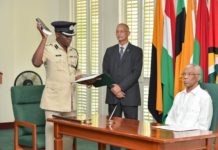 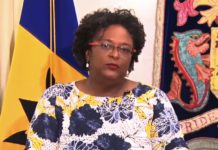