GEORGETOWN, Guyana (Set 29, 2017) – The Guyana government says it is moving to ratify several Hague Conventions in relation to child protection and legal commerce.

“Taking on board the consensus in relation to the various conventions, both on the legal cooperation and commerce side, and the children conventions I would say that we would now move to the implementation stage,” Legal Affairs Minister Basil Williams, said after the decision was reached at the conclusion of a one-day consultation with government agencies and civil society stakeholders on Thursday.

The government intends to implement the conventions that address children, including Child Protection, Adoption, Maintenance and Child Abduction. It will also proceed with the Apostille and Choice of Court Conventions among others.

Cabinet has already given approval for the ascension of the Apostille Convention which will see the circulation of public documents “tremendously improved” between Convention states.

The implementation stage will result in these conventions being presented to the Cabinet for approval before it is handed over to the Ministry of Foreign Affairs that is charged with acceding to conventions and treaties.

“They would layover with the Dutch government in The Hague and from there we decide if we are going to reduce it into our law”, Williams said, adding “ it’s an ongoing process but we have to continue the impetus…at each stage we have to ensure the stakeholders are taken on board as we move along and that’s the way forward”.

A government statement noted that the consultation on The Hague Conventions is considered a critical follow-up to Guyana’s participation in last year’s regional HCCH conference which was held in July. – CMC

The Confluence Of Great Minds

Government Confident of Victory at ICJ in Border Dispute with Venezuela 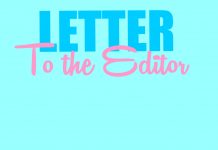 Right to Vote in a Democracy Should Never be Taken for... 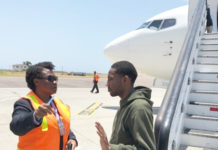 Guyana Court of Appeal to Hand Down Ruling Today