PARAMARIBO, Suriname – Suriname observed its 43rd anniversary of political independence from the Netherlands on Sunday with the Caribbean Community (CARICOM) expressing its appreciation for the country’s steadfast leadership in important areas for building the regional integration movement.

CARICOM Secretary General Irwin LaRocque in a message to mark the occasion, said that the 15-member grouping is “highly appreciative” of the Dutch-speaking country’s steadfast leadership within the CARICOM Quasi-Cabinet in the areas of Culture, Gender, Youth and Sport.

He said these areas “are important elements in the identity and spirit of CARICOM as we work towards a strengthened and more integrated Community for all”.

In his message to President Desiré Bouterse, the CARICOM Secretary General highlighted Suriname’s significant growth and achievements since independence, “fuelled in large measure by the cultural diversity, unity and indomitable will of its people.”

He said their determination and unwavering commitment to build their nation have borne fruit.

Meanwhile, the United States said that over the past 43 years, the two countries have enjoyed a strong tradition of working together toward a safer, more secure region

“This year, we mark the 12th anniversary of the State Partnership Programme between the Surinamese military and the South Dakota National Guard, a model of mutual security cooperation through which we have advanced shared objectives, including combatting transnational crime and building natural disaster response capacity,” US Secretary of State Michael Pompeo said in a congratulatory message.

“As U.S. investment in Suriname continues to expand, especially in the resurgent gold and oil sectors, the United States is committed to working together to advance our countries’ mutual prosperity and forge a more productive, globally competitive Caribbean region through the U.S.-Caribbean 2020 Strategy.” – CMC

‘Strength of Our Unity Shone Forth’: CARICOM Secretary General in his End of Year Message

MahaDevi Saraswati THE EVENT Coming to the Prem Bhakti Mandir on...

CCJ Rules in Favor of Opposition in Election Appeal 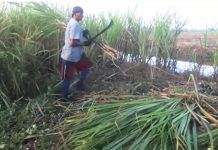 No Job Security for Political and Contract Workers 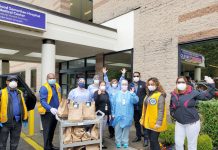 Two Get Life in Jail For Fatal Shooting of Woman at...