This past week, Brian Lara, delivering the MCC Spirit of Cricket lecture at Lord’s thrashed the famous West Indies team of the 80s and early 90s saying they played “the game in a way it should never, ever be played”.

Surprisingly, Lara condemned the team for what he called their shameless gamesmanship and poor sportsmanship, something that Lara himself had been guilty of throughout his career.
Perhaps the most famous ‘bad boy’ Lara incident that stands out is the 1998 episode when Lara all but ignored the South African leader, Nelson Mandela. The West Indies team was in route to South Africa when Lara, then captain, decided to hold up in England. Lara refused to continue on to South Africa unless the Board agreed to increase playing fees, meal allowances, and other peripheral issues. Mandela wrote Lara a personal letter pleading with him to come. Years later WICB president, Pat Rousseau, revealed that Mandela had expressed “disappointment with how the matter was handled”. He said: “Lara never even acknowledged the letter and I know that Mandela was a little peeved, because I got that from Ali Bacher. Can you imagine? Brian Lara, a black man, ignored a request from Mandela? There are guys who would jump off buildings for Mandela, bigger heroes than Lara. He never answered Mandela, and I don’t think he has ever answered him since then.”

Reactions to Lara’s surprise attack on the proud West Indian legacy were swift and severe. Most of it was aimed at Lara’s own dismal, disgraceful, and dishonourable behavior during his playing days. Asked about Lara’s comments, Michael Holding said that he never thought much about whatever Lara had to say: “never had, never will” was Holding’s response. Starboy, too, weighed in on the issue saying that Lara should be the very last one to speak about “the way the game should be played” given his own atrocious record. In response,ONDRIVE went back to the video tape (so to speak), and here is what turned up.

On Lara’s first tour to England in 1994, he was charged with breach of contract for quitting the team. The drama began with the now infamous team meeting after the Old Trafford Testwhen reports began to surface that Lara was undermining thencaptain, Rictchie Richardson. The following is taken directly from team Manager Wes Hall’s official report. A meeting was held to discuss the unacceptable and irresponsible conduct of some of the players. Lara immediately spoke up blaming Richardson for many problems on the team. Richardson responded that he had always enjoyed a good relationship with Lara, and was very surprised to find out that Lara harbored such feelings. He further added that if a majority of the players felt as Lara did, then he would gladly resign as captain. Richardson, however, made it clear that he was not prepared “to bow to egotistical people with agendas and ambitions”. Hearing this, Lara stood up and said, “I retire”, and walked out of the meeting. Lara quit the tour and returned to Trinidad. Lara was later fined for his breach of contract and he responded by again quitting the team two days prior to the tour to Australia.

Another major Lara embarrassment for WI came during the tour to Pakistan in 1997. Given Lara’s atrocious record of behavior, the Board rightly did not support him for the captaincy, something that Lara really wanted. Subsequently, when the team assembled in Trinidad for a five-day coaching seminar, Lara claimed he had a prior golf engagement. And into the tour, talk emerged of dissension in the ranks with the team split into two groups, one supporting skipper Walsh, and the other, Brian Lara. It was enough of a concern that manager, Clive Lloyd, was forced to issue a statement saying: “I don’t believe we are divided but when a side like West Indies starts losing after all the years we have been on top, difficulties are bound to arise.” West Indies ended the tour without winning a single game. Lloyd lamented Lara’s loss of form (129 runs in six innings). “Lara’s highest score was 37. What we needed from a world-class player like him on some of the best pitches I have seen was a couple of big knocks,” Lloyd said.

Lara was eventually appointed captain, a decision that turned out to be irresponsible, ill-advised, and disastrous for West Indies cricket. That Lara is one of the finest batsmen in the world, and that he wanted the captaincy are not good enough reasons to give it to him. Lara repeatedly demonstrated beyond a doubt that he was unprepared to assume such responsibility. In 1992, after another embarrassing meltdown, Lara was forced to apologize to the entire Trinidad team after a dressing room incident with then captain Gus Logie.

Logie resigned the captaincy immediately after the game and would never lead Trinidad again. In 994, when he was fined for abandoning the team in England, Lara responded by quitting the team. In other words, because of his undeniable talent, the rules do not apply to him. It is Lara’s way or no way. Lara twice resigned the captaincy only to seek it again, and again. In 2001, Lara said that the team’s poor record was ruining his life. “Over the last three years we’ve lost 15 Tests out of 17 away from home and that is damaging psychologically. It has left a huge scar not only on my career but on me as a person”, complained Lara. But Lara played every one of those 17 games and was captain when West Indies suffered 7 consecutive losses on the trot (5-0 versus South Africa and 2-0 versus NZ). On 21 occasions out of 39 times at bat, Lara scored less than 20. If Lara was looking to place blame, he need not look too far. And what scars was he talking of? If there were any scars, they were self inflicted. This speech last week by Lara, blaming the team of the 80s, appears to be nothing more than the latest attempt by him to deflect from his own disgraceful legacy. 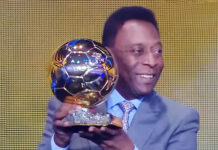 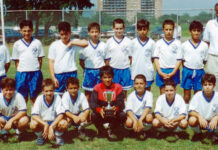 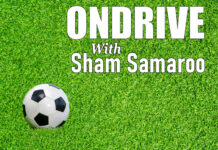 CARICOM Congratulates The Bahamas on its 47th Independence Anniversary